SeaWorld San Diego, California just launched a new Orca Encounter this spring. This called for stainless steel beams as there is no better construction material for salt water applications. 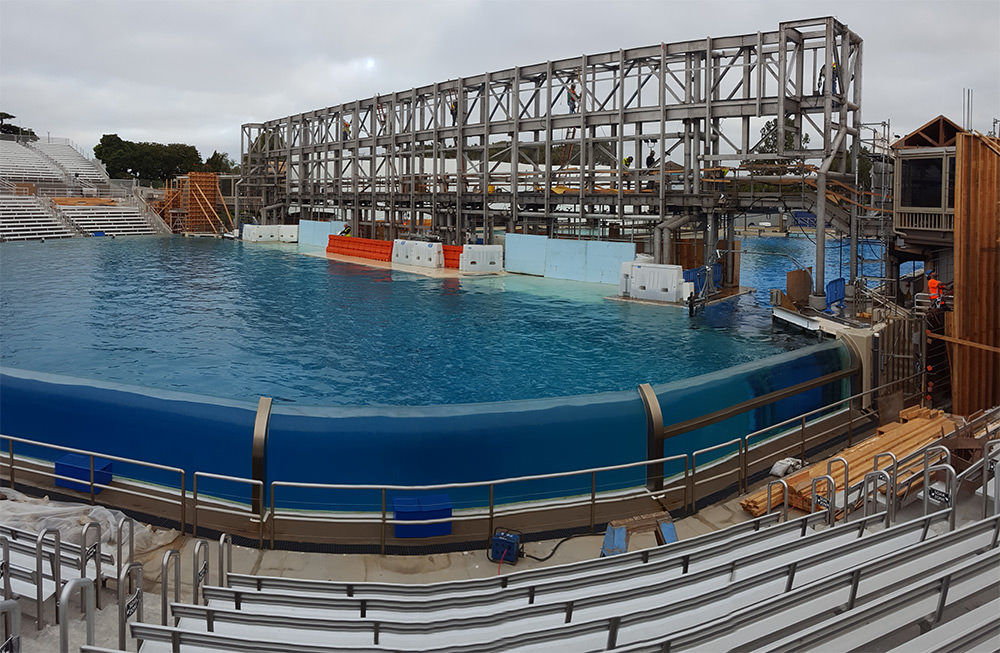 In late 2015, SeaWorld San Diego announced it was going to phase out the famous, longstanding Shamu show with the orca whales. They have been under fire from PETA and other groups. Additionally, they wanted a revamped show that would be more of a “live documentary”. Thus, in late 2016, SeaWorld announced a revamped orca encounter exhibit. The goal of this exhibit is to show these killer whales in a more natural looking habitat. It should also mimic the Pacific Northwest. So the new encounter emphasizes education and conservation and eliminates parts of the old show that were more theatrical and unrealistic. Unfortunately, some of these theatrics even put the whales in danger.

So SeaWorld had to construct a new stage setting to move forward with the new encounter. They also had to revamp some of the attached orca tanks and pools. With parts being submerged in water and the marine environment that surrounds the stage, stainless steel was the best choice for construction materials. Stainless Structurals was contacted by a large metals distributor in California. Hence, we supplied material for the project. However, the material consisted of a variety of sizes of both eight inch and sixteen inch 304/L laser fused profiles. In total we shipped almost 60,000 pounds of stainless steel beams in twenty foot random lengths. Furthermore, we were able to ship parts within just a few weeks of the order being placed. So the project could be completed in time for the spring 2017 opening of the new exhibit.

This is just one of many examples where stainless steel beams were chosen for construction in a theme park application. Stainless Structurals has also shipped parts for contractors who have done work for SeaWorld, Walt Disney World, Universal Studios, and more. When you think about the millions of visitors to these parks every year, the rides and exhibits have to be durable. They also have to be able to withstand lots of wear and tear. When you add in elements like salt water, chlorine or the heat from the sun, it makes these material characteristics even more important. Due to this, 304/L was chosen for the application at SeaWorld but 316/L and 2205 duplex stainless steel are also increasing in popularity. The good news is that Stainless Structurals stocks shapes in all of these alloys and can produce custom shapes as well. Contact us today for your next theme park project!